We'll discuss recent developments in Dagger for Android, both in terms of new APIs in dagger.android and optimizations in generated code. We'll then discuss how to not encounter common pitfalls that increase compilation and runtime performance. Lastly we will go over ways to structure repositories to make them build, run and test quickly. 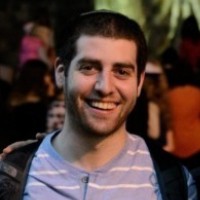 Ron spends most of his work time improving Dagger at Google. He works on the Java Core Libraries Team which also produces Guava, AutoValue, AutoFactory, Compile Testing, and other common libraries for Android. He also runs half marathons, thinking through code to keep him occupied during the race. He graduated from the Joint Program between Columbia University and the Jewish Theological Seminary in 2013.